Maria Goretti was born a poor peasant child in Italy in 1890, the third of six children. When she was nine she began caring for her siblings.  Maria was loving, intelligent, beautiful and holy.

On July 5, 1902, Alessandro, a young man who lived and worked with the Goretti family, overtook her and demanded that she submit to him, but she told him that it would be a sin. Enraged, Alessandro stabbed her 14 times in her heart, lungs, and intestines, and then fled to his bedroom.

While in the hospital, undergoing surgery without anesthesia Maria was asked if she forgave Alessandro, she said, “Yes, for the love of Jesus I forgive him…and I want him to be with me in Paradise.” She died on July 6.

Alessandro spent 30 years in prison.  While there, he had a vision of Maria. He saw a garden where a young girl, dressed in white, was gathering lilies. She smiled, and came near him, and encouraged him to accept an armful of the lilies. As he took them, each lily became a still white flame. Maria then disappeared.

Alessandro’s conversion was complete. After he was released from prison he asked Maria’s mother to forgive him. He then became a gardener in a Capuchin monastery for the rest of his life.

Along with 30 other witnesses, Alessandro testified as to Maria’s sanctity during her Cause of Beatification. In 1950, she was canonized in a ceremony attended by a quarter million people, including her mother, the first mother ever to see her child canonized.

Maria Goretti is born in Corinaldo, Italy to Luigi Goretti and Assunta Carlini

Maria is baptized in the Church of San Francesco in Corinaldo.

Her neighbor, Alessandro Serenelli, mortally wounds her.  He attacks her with the intent to sexually abuse her.

Maria dies from the brutal stabbing at the age of 11 years, 9 months, and 21 days, after forgiving Alessandro.

The informative process for Canonization commences at Albano.

The Body of Saint Maria Goretti journeyed from her shrine in Nettuno, Italy to Saint Maria Goretti Church in Hatfield, PA as part of the Pilgrimage of Mercy Tour in preparation for the Extraordinary Jubilee Year of Mercy.  Over 8,000 pilgrims venerated her body on this day in our church.

Saint Maria Goretti Parish receives an original stone from Saint Maria Goretti’s House of Martyrdom.  The stone, from her bedroom,  was obtained due to renovations that occurred to her home located just outside Nettuno, Italy.  The funds for the renovations were raised as a result of the Pilgrimage of Mercy Tour in 2015.

Monday thru Friday: 9:00am – 4:00pm
Evenings and weekends by appointment 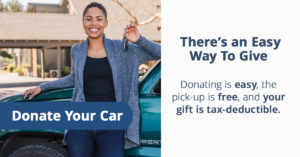 A Promise to Heal